How Blockchain will change the world

There is no doubt that Blockchain is one of the hottest topics of conversation today. In this week’s article we let the Blockchain idealist give his opinion on how blockchain will change the world. And he did such a good job putting all his ideas into words with actual facts.

If you’re knowledgeable about the IT world, several relatives may have asked you if they should invest in Bitcoins or “some of those coins” during the latest crypt-currency hike, or more recently with the price plummeting at the beginning of the month. 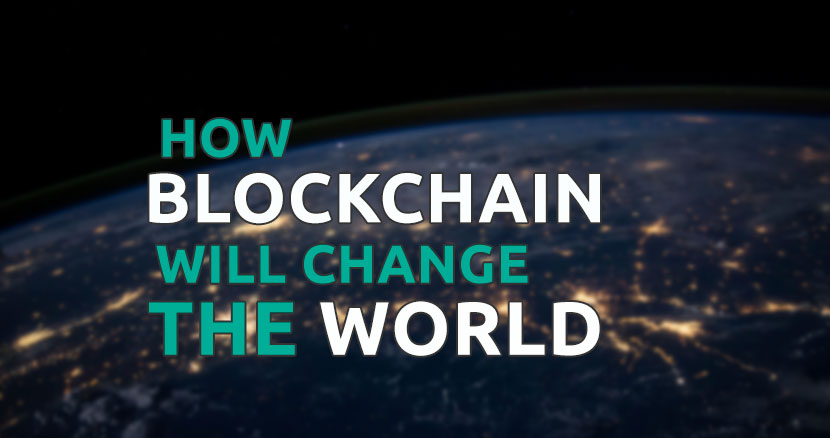 If you have a non-technical profile, chances are you’ve read articles about how blockchain is going to change the rules of your business.

There is talk of the “Industrial Revolution of the Internet”, or the “Internet of Value”. But what’s behind all this? Is it just another trend? Although it may seem like a passing fad, really blockchain brings a new technological paradigm that can change our way of relating.

Essentially a blockchain is only a general ledger where logs are stored and that is “distributed” or shared in different places.

These logs can contain information of all kinds, from monetary transactions, purchase of shares, appointments in the hospital waiting list or contracts made between companies… They must be marked with a hash with a special feature and have a particularity: they are not predictable. A change in a bit generates a totally different hash.

These types of technologies are known as Distributed Ledger Technologies (DLTs) and the most popular is the Bitcoin Blockchain network. Blockchain is the technology that makes Bitcoin possible, but it would be very wrong to think that the only use of blockchain technology is in crypto-currencies.

What does the blockchain provide?

This is the main characteristic of blockchain technologies and here lies the most disruptive concept for our understanding of the world. In practically all areas of our lives we have delegated our trust to a third party that we feel is sufficiently worthy of it. We can think of the following cases:

With block chains, trust lies in the network itself, so there is no entity that centralizes, governs and controls the data. 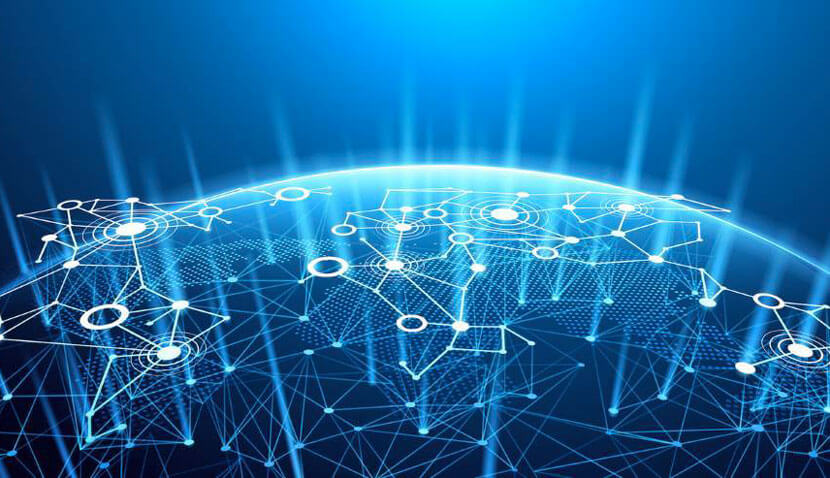 In fact, returning to the more immediate case of banks, in financial transactions there is really no third party, but there are up to “3 third parties” involved: the issuing bank, which makes a transfer note; the receiving bank, which when that note arrives has to note it in its database; and an independent entity such as the Cenral Bank or the European Central Bank that mediates between the two banks.

All this activity disappears with the blockchain, since the money is changed from one owner to another by modifying the sending and receiving account, and saving the transaction in the decentralized registry, and all this in a very short period of time compared to conventional transfers.

All nodes in the network save the block string with all records. This means that we are not dependent on the data policies of a third party.

With the arrival of the Internet, information became accessible from virtually anywhere, but we still depend on a third party to store it and make it available through the channels it considers.

With blockchain this figure of the information guardian disappears, since the information is distributed and decentralized and the network itself guarantees its availability.

The written blocks cannot be changed and when a new block is agreed it is written in all the nodes, so that the network acts as a guarantee against possible fraud or manipulation attempts.

This feature provides us with increased transparency because, although the levels of visibility will depend on the type of network we are talking about, a blockchain network guarantees that anyone with the necessary permissions will be able to consult the history of transactions, and can audit them without the possibility of them being altered or deleted. 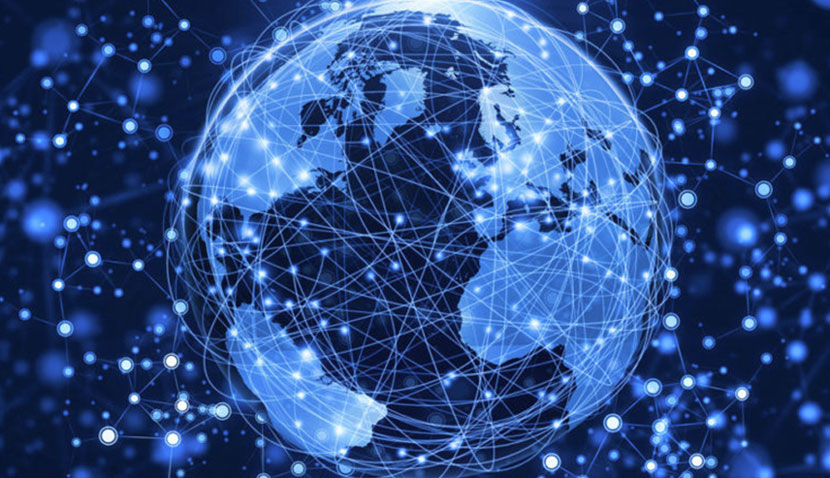 One of the biggest concerns in the implementation of any technology is the security it provides against failures and attacks. Despite the fact that no technology is totally secure, Blockchain uses cryptography and consensus algorithms to achieve practically unbreakable security.

In order to alter a log, it would be necessary to control or deceive most of the network, which in terms of cost (hardware and electricity) makes it virtually impossible.

This is so because, even if we could modify a register and deceive all that string by calculating the hash of all the following blocks, when comparing it with the copy of the string of the rest of nodes, this lying string would be discarded as it is not the majority.

Beyond a register: Smart Contracts

One might ask whether blockchain is just a record, something we could emulate with technologies that existed years ago. But crypto technology is much more and this is how Blockchain will change the world.

Blockchain also allows to execute smart contracts that are automatically executed when the necessary conditions apply. These contracts do not stop being a program that runs in the blockchain, being able to interact with the information of the same (and the outside, through agents). One of the most extended Smart Contracts platforms at a global level is Ethereum.

The potential of blockchain as a dynamic business process is enormous. Currently most of the processes require a more or less manual intervention to check if the agreed conditions are met, also need that this check is made by someone “of confidence”.

With blockchain these restrictions are eliminated while allowing any group can self-regulate around a specific objective.

How Blockchain will change the world?

Although it has been suggested previously, we must emphasize that the change offered by blockchain is not a technological change as it could be the change from mainframe applications to distributed applications, or the use of NoSQL databases as opposed to the more rigid relational databases.

Blockchain is a paradigm shift, a way of understanding social relations in a globalized and fully connected world.

Can you imagine a transport service without any central entity, with all the guarantees? Can you imagine a platform of floors where supply and demand are directly connected? That is How Blockchain will change the world.

With blockchain we could have a decentralized control of the property: the existence of the goods would be registered in the network at the moment of its creation, and the property would be transferred according to the sales.

This would allow us to have a total knowledge of the legal origin of the goods, their history, including even details such as a register of accidents involving a vehicle, or the history of reforms that have been made in a property. 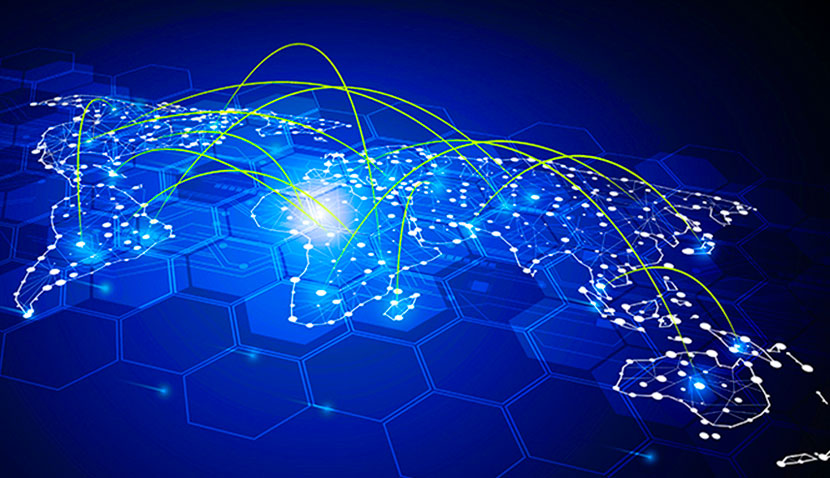 Do you have an idea of how much time users waste with calls to their service provider to avoid a fee increase they don’t understand? Blockchain would allow to contract a service with public and unalterable renewal conditions, so that the quota could only be altered according to certain events such as a greater or lesser use, absence of claims or any other circumstance. All this without uncomfortable management by the user and without having a team of people attending to him.

How Blockchain will change the world in other financial areas? Blockchain could revolutionize the insurance market, simplifying the payment of certain indemnities according to public conditions and updating the quotas automatically according to previously agreed parameters.

One of the most interesting and innovative areas of blockchain is the field of Identity Management. For example, we can think about the moment of picking up an order that we have made online. Upon arrival we are asked for our ID card to verify that we are the person listed on the order.

However, the employee is having access to our ID card which contains much more information than our name: the name of our parents, ID number, postal address, etc.

The same happens when hiring a rental car. What the agency needs is to know that I am of legal age and that I have the necessary permission to drive that vehicle, and it does not need to know my current address or other information that appears on the license.

Moving to an Identity Management model that, focused on capabilities, would be very costly to implement and maintain today, since only the processes of generating the information and keeping it updated in all the systems involved would have a very high cost. 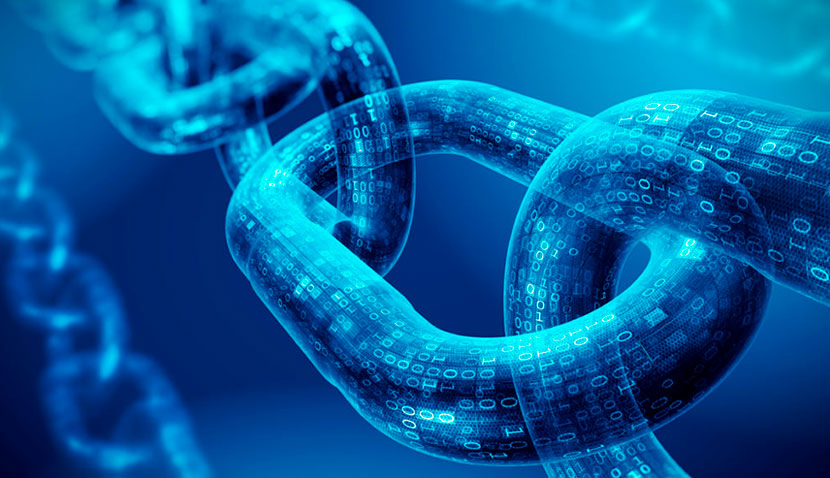 With the blockchain technology it would be much easier to create this model since it would allow users to govern their information in a secure way. So individual identification is also another key point on How Blockchain will change the world.

It is precisely the blockchain security and the distributive character that will also be decisive for the democratization of new identification methods based on sensors such as fingerprint, iris or voice recognition.

These methods will give rise to a world of business possibilities that are currently very limited due to the sensitive nature of the information they deal with.

Conclusion: Blockchain will change the world as we know it

As we can see this is how Blockchain will change the world as the possibilities of DLT technologies are practically infinite and affect all business areas we can think of, and some new ones are about to appear.

We can be in front of a change as transcendental as the Internet was. But the most exciting thing is that it is a road to be defined and walked.

“We already know the technology of the future, it is what we call today science fiction”.

It may be a bit of an exaggeration, but if we go back ten years and review those technologies that promised a similar revolution back then, we can be surprised when we see among them Big Data, social networks, solid hard disks, Cloud Computing or e-books, and as “dreams” 3D printers.

We will certainly be surprised in a few years to have doubted that the DLT paradigm had a future. And you can revisit this article and congratulate me for telling you How Blockchain will change the world years in advance.