TRON Blockhain DAPPs are the future of gaming 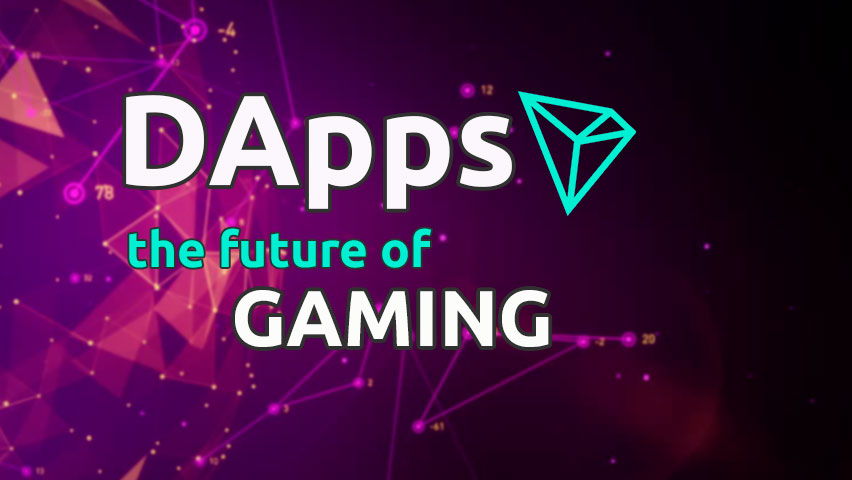 In recent times general mainstream interest about blockchain seems to be decreasing, as mining is no longer as profitable as it once was since the last Bitcoin halving. But, fortunately, TRON technology and its DAPPs can navigate away from sectors solely based on cryptomining. In this article we will focus on TRON/TRX as a game developing technology.

TRON has become a standard as a decentralized gaming platform which has a very promising future and is currently being well accepted by a large number of gamers. But first of all, we have to know and understand what its philosophy about a decentralized Internet is about.

What is Tron blockchain?

Tron is a blockchain platform created to form the basis of a large decentralized entertainment ecosystem. Created and designed by Justin Sun, TRX puts its efforts in enlarging the market of decentralized applications on digital content, facilitating its implementation and creation.

Due to the great difficulty to which the developers have to face to assimilate the learning of new technologies, to be able to adopt the blockchain technology becomes a demanding task. But Tron blockchain has been built to facilitate these changes, in order to accelerate the creation of new dApps and help accelerate decentralization on the platforms that exist today.

Blockchain is not just mining

Everyone associates blockchain with mining and digital currency mining. Over the years that has changed and blockchain offers many functionalities related to cryptocoins, but moving away from simple cryptographic mining.

Games through decentralized digital platforms are one of its great variations that are succeeding in recent years. The number of users who enter these platforms to play games and win Tron tokens is increasing every day at a very high rate.

Without a doubt, Tron blockchain has set itself the goal of becoming the king of decentralized applications.

What does Tron offer in Gaming?

One of tron’s main objectives is based on the search for quality and good content. This is achieved by allowing developers to control everything they want to share. Usually this is done at no cost, and best of all it is done without intermediaries.

Thanks to Tron’s policy and blockchain, users can distribute and publish their games in a completely free and decentralized way. Freedom in the gaming world. 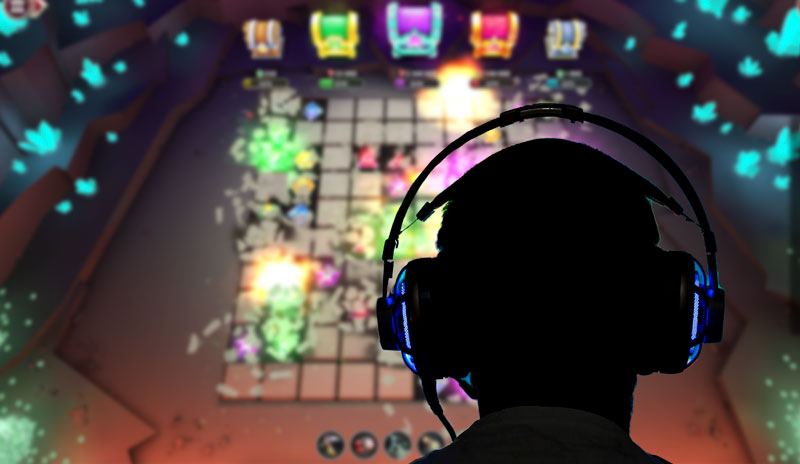 Key advantages and characteristics of DAPPs

Decentralized gaming platforms bring many advantages to their users. Absolute control of the games and avoiding intermediaries are two of their main pillars. Tron wants to attract a large number of video game developers to squeeze each and every advantage out of decentralized platforms.

When a game is published in the Android or iOS stores, Apple and Google control the entire distribution at will and keep a percentage of the sales price. In addition, they are free to remove the game from their stores at any time.

In contrast, within a decentralized gaming technology such as Tron’s, the game creator has full control. Tron aims to reach 3000 applications by the end of the year, and more applications are being created every day for these freedom-based platforms.

These are the key factors for a an App to be considered a Decentralized Application: 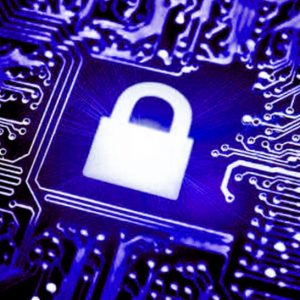 The programming of the DApps is embedded in the blockchain, and once it is uploaded it is impossible to alter it. This ensures that the environment in which the DApp is executed is unchangeable and any action taken will be recorded in the blockchain at all times. Furthermore, as they are executed on a blockchain, DApps inherit their advantages in terms of security, such as their high integration with cryptography, as well as their resistance to censorship and other security problems, such as denial of service attacks.

In addition to this, the data handled by the application is at all times in the possession of the user. This is possible because user interactions are only possible if the correct public and private keys are held. In addition, DApps do not store any data on external servers. This minimizes data leakage and theft, protects privacy and maintains security at all times.

One of the great pillars of blockchain technology is that its construction is based on the development of free software or open source. The same is repeated in the DApps, since their smart contracts are publicly visible and can be audited at any time. This allows the DApps to achieve high levels of transparency in terms of programming and operation.

Another of the main characteristics of the DApps is its decentralization. In other words, the ability to operate without central servers. This is especially useful if you want to create applications with a high level of fault tolerance. Let’s remember that for example Bitcoin has been in operation for more than 11 continuous years. And at no time has Bitcoin ever been out of service.

Well, the same would happen with the DApps, since they depend for their operation on the nodes and miners that are part of the network. The more nodes the network has, the less likely it is that the DApps will have a problem.

How does a DApp work?

A DApp works in a similar way to a blockchain network. In this case, each user is responsible for the correct functioning and operations that are carried out in the network.

The communication channel used by the DApp is the blockchain. In it, a record is generated for each operation that passes through the smart contract that controls the DApp. In this way, the goal is to ensure that all participants act within the framework of what is specified by the contract.

The smart contract in this case, is an intermediate point that is responsible for confirming the validity of each interaction. Whenever there is a new operation in the DApp, the information of the platform is updated in each node. This updates all the information stored. In this way, each user contributes in keeping the application up and running with the resources of his or her computer. 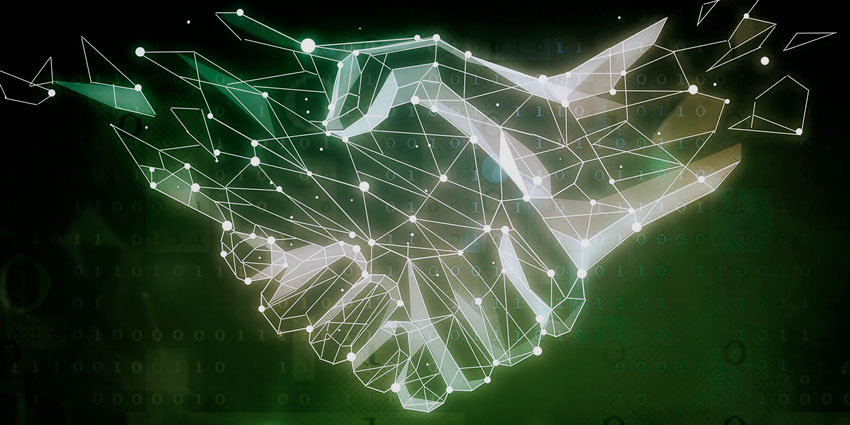 This structure also guarantees that the platform will always be online. This is due to the impossibility of cancelling all the nodes of the network at the same time. A situation that can occur due to a computer attack or other reasons such as censorship.

DApps are a great advance, because by working and running on a blockchain, they improve their security, privacy and even anonymity capabilities. Additionally, they also guarantee that the data used by the DApp is only accessible by the person who originated the information. This means that users maintain complete control of their data at all times.

Games based on the blockchain network have the potential to become the standard in the near future as Dapps (decentralized applications), and represent a large part of all applications created today. Tron intends to be one of the key players within the sector, offering the best support to continue advancing with this great technology.

Analyses carried out by experts show that out of every ten sites focused on Dapps, four of them have been built on the Tron network, which shows that all the effort and commitment they are putting in is bearing fruit.

Many people have been interested in this fantastic project, and because of this, millions of dollars have been invested to build the largest digital platform in the world and the future of the gaming industry.

Dig for It! is proud to be an early adopter of this technology and we are commited to keep working towards a free and decentralized gaming industry where good ideas and talent are above budget and distribution networks.