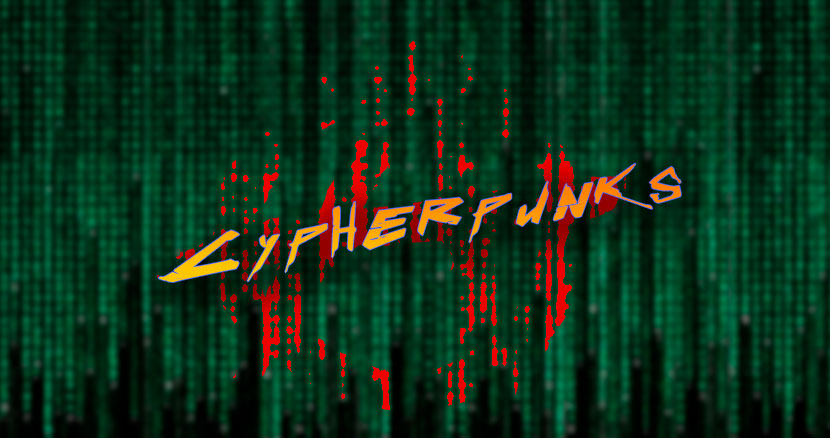 The Cypherpunks are considered the precursors of blockchain technology, many believe Satoshi Nakamoto is the embodiment of their ideas and vision. In this article we will DIG deep into their story and we will we will put into perspective their legacy.

In 1979, Timothy C. May went down in history with Murray H. Woods, for being the engineers who discovered how alpha particles caused a software error, altering the data stored in the memory of computers, his research is published in the IEEE (Institute of Electrical and Electronics Engineers). 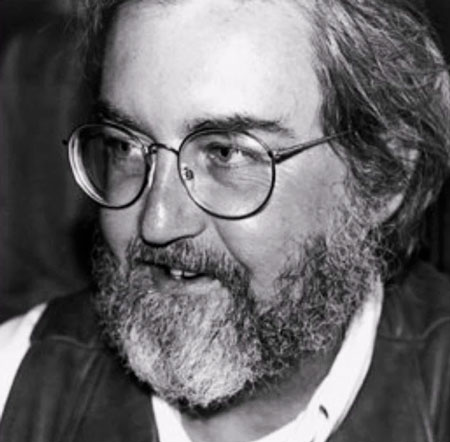 In 1986, May was retiring from the Intel company at the age of 35, with enough money and shares to live without financial needs for the rest of his life. Far from planning a quiet retirement, Timothy May had a plan: to promote a culture of using strong cryptography to preserve the privacy of individuals in the transfer of information and value through the digital medium.

The first highlight of this story is undoubtedly the drafting of the Crypto Anarchist Manifesto in 1988, an open document in which Tim May sets out his predictions of what digital interactions will be like in the near future, stressing the need to implement cryptographic protocols to preserve trust between parties and protect individuals from the interference of power by states and governments. This is the main idea on which what May calls Crypto Anarchy is based.

As Timothy May himself explains, the Crypto Anarchist Manifesto was initially distributed among attendees and participants of the Crypto’88 conference and the Hackers Conference of the same year.

The good feedback received reinforced May’s belief in the need to create an active community for the discussion and development of strong cryptographic-based solutions that would guarantee what is described in his manifesto.

Subsequently, May participated in the Hackers Conferences of the years 1989 and 1990, deepening his ideas about Crypto Anarchy. During these three years, Timothy May strengthened relationships with highly talented people in various technical areas related to computing, especially with leading cryptologists and cryptographers who were sympathetic to May’s vision of creating an active community.

As a result of these developments, a meeting took place in 1992 that would, at the very least, change the history of the Internet.

Tim May met Eric Hughes, an American mathematician and developer who had worked with one of the world’s best cryptographers, David Chaum, who was the founder of Digicash, the first company on the planet to implement strong cryptography to develop a form of electronic money that would eventually be integrated into banks on both sides of the Atlantic Ocean. 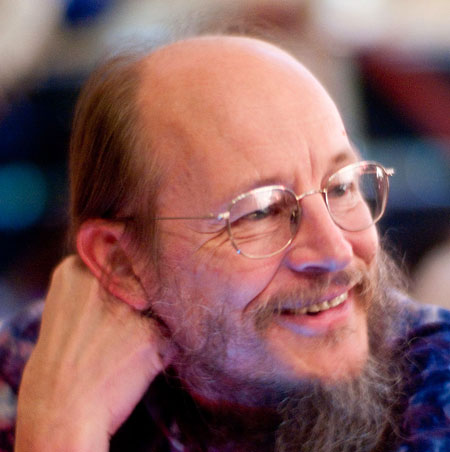 John Gilmore, someone very important in this story, was also often involved in the long discussions between May and Hughes about Crypto Anarchy, digital pseudonyms, cryptographic money (originally called digital cash).

Gilmore was one of the first employees of Sun Microsystems and is co-founder of the Electronic Frontier Foundation (EFF), a non-profit organization that has been promoting respect for civil rights on the Internet since 1990.

In 1989 he founded the company Cygnus Solutions in order to support free software development, something he has done all his life, being especially known for the quality and quantity of his contributions to a high number of GNU’s Not Unix projects.

Born of the Cypherpunks Movement

In September 1992, a conversation between May and Hughes led them to fix their agendas and to call on a group of twenty experts in areas such as programming, cryptology, cryptography and mathematics. There was no turning back: the Cypherpunk movement was born.

That first meeting was held in a house Eric Hughes had in Oakland, very close to San Francisco. And, as Tim May himself would later tell in the document entitled Cyphernomicon, the meeting took place the same week that PGP 2.0 was released, and everyone there already had copies of the software that day. 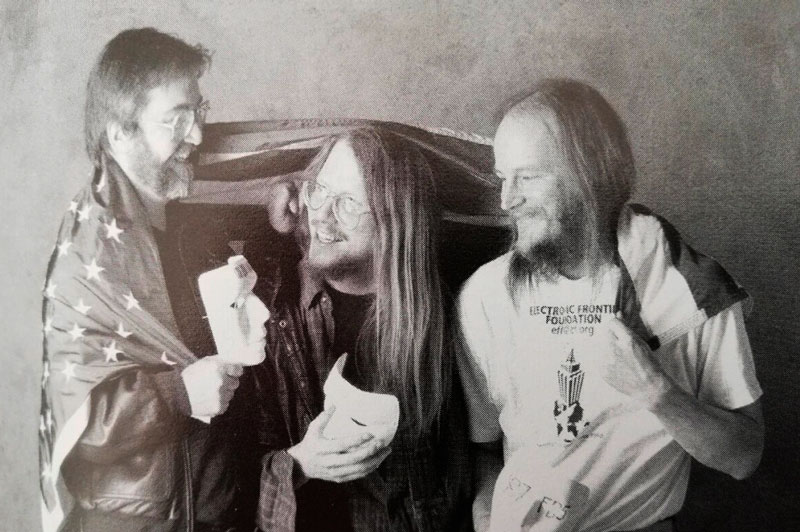 May describes how those present were sitting on the floor, and how they divided the day into two sessions: the morning session focused on the basic concepts, and the afternoon was dedicated to the crypto protocols, that is, dealing with remailers, digital money, etc.

One of the main conclusions that came out of that session was that they needed an anonymous remailer and a mailing list to keep discussing and keeping in touch. John Gilmore offered his servers to host the mailing list, and the Cygnus company’s own offices so that the group could meet every month in person.

They had a very talented initial group. They had knowledge. They had influence on other people. They had friends in the specialized press. They were only missing a name.

At that point in the story came the figure of a woman who had the affection of all of them: the hacker Jude Milhon, also known as St. Jude. Milhon was very active in the 1960s in the United States in the struggle for civil rights, participating in the organization of various marches and actions. 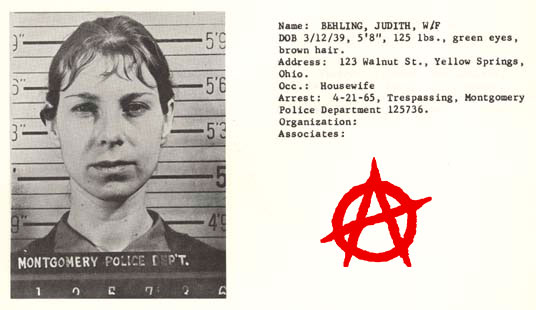 In that decade, Milhon developed the awareness that technology was a great ally for her mission, and she became a high-level programmer in a self-taught way. Passionate about cyberpunk culture, she stayed close to people like May, Gilmore or Hughes, with whom she had many ideas in common.

Jude Milhon forged the name of the cypherpunks by making a word game between the term cipher, which could be translated as writing key or encryption key; and the concept cyberpunk, a science fiction genre set in a society where low living standards are mixed with patterns of social disorder and the presence of advanced cybernetic technologies.

Eric Hughes and Hal Finney (known, among many other things, for being the first person to receive a transaction of bitcoins) developed that same year of 1992 an anonymous remailer that would end up being known as Remailer Cypherpunk.

On March 9, 1993, Eric Hughes released the Cypherpunk Manifesto, an unambiguous statement of intent about the group’s main interest: “Cypherpunks are actively involved in making networks safer for people’s privacy.” 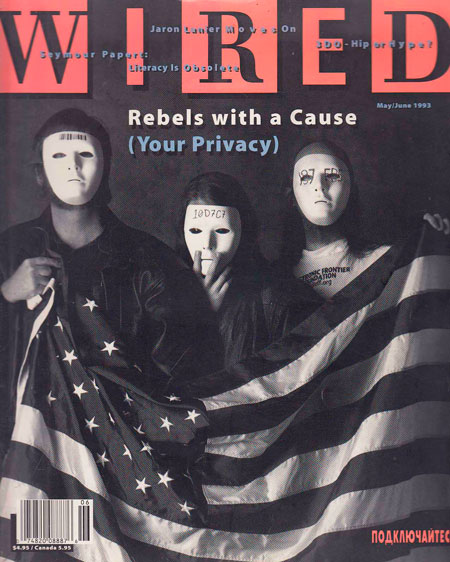 This is it. They had people with a privileged brain, a name, a manifesto, a mailing list and an anonymous remailer. The cypherpunk movement had now offcially begun, and the rest is history.

In 1994, Timothy May published the Cyphernomicon, a FAQ (frequently asked questions) document where he explains in depth the most common questions about the main topics covered by the cypherpunk mailing list.

Of course, both the Cyphernomicon and a high percentage of the correspondence kept in the cypherpunk mailing list are now public contents and accessible to anyone who wants to review them.

As if it were a digital museum, the information published on the Cypherpunk mailing list and the content of the Cyphernomicon are already collection pieces that must be preserved by the next digital generations, so that they do not forget that, at the dawn of personal computers and global networks, there was already a group of people watching over the freedom to navigate and explore cyberspace without giving up the right to privacy.

In a way, Bitcoin is a cypherpunk based product. Although it didn’t have a particularly warm reception in the begining, it is not only a synthesis of several projects inspired by this movement, it is also the realization of several of its ideals.

Thus, despite its pseudo-anonymity, Bitcoin complies with the basic principles of privacy and its protocol can reach higher levels of functionality, so that transactions can be truly anonymous, despite the analysis of the block chain.

“An anonymous system allows individuals to reveal their identity when and only when desired; this is the essence of privacy,” reads the Cypherpunk Manifesto. 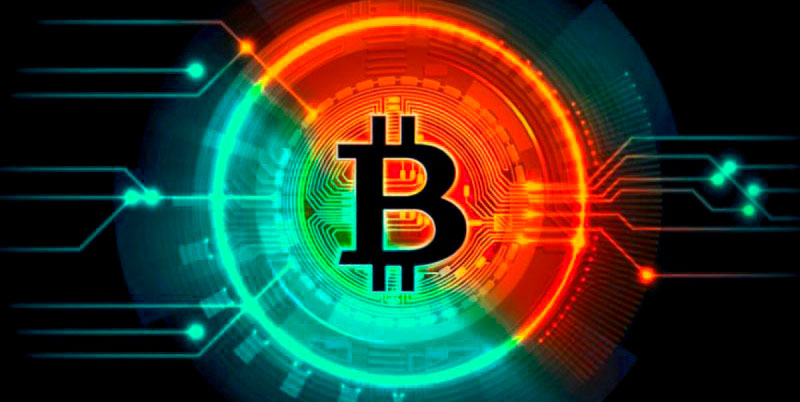 Privacy has always been a quest of societies, according to Eric Hughes. A search that can be crystallized with the implementation of new technologies, since the technologies of the past did not allow for strong privacy. In this case, cryptography is a fundamental element, necessary for the development of truly private payment, communication and exchange solutions.

Furthermore, its decentralized and censorship-resistant technology provides an important network for the exchange of value and information, which does not depend on the will of an institution or regulatory body. Users are independent of the will of any one group, without directly compromising identity and critical information. In the near future we will see a fully Decentralized Internet.

It is no accident that Satoshi Nakamoto decided to send the Bitcoin White Paper to the Cypherpunks mailing list. The philosophy of this movement and the possible motivations behind the creation of Bitcoin adjoin each other.

While Bitcoin could be described as a non-political tool, because the protocol and its operation are completely independent of the interests and opinions of its users, its creation was motivated by a particular context.

For which Nakamoto proposed a solution: a value-sharing network (with potentially private transactions), decentralized and global in scope, woven as the mosaic of several projects that the cypherpunks had matured over the years.

Satoshi Nakamoto and the Cypherpunks

An anonymous message on the Cypherpunks mailing list from 21 years ago discusses the idea of “ecash”, and speculation in the crypto community is that it could belong to a pre-Bitcoin Satoshi Nakamoto.

We cannot say for sure if Satoshi Nakamoto was ever part of the board, but he would surely have been familiar with the ideas that were spread there. A lot of those ideas formed the basis of what Nakamoto finally completed in Bitcoin. 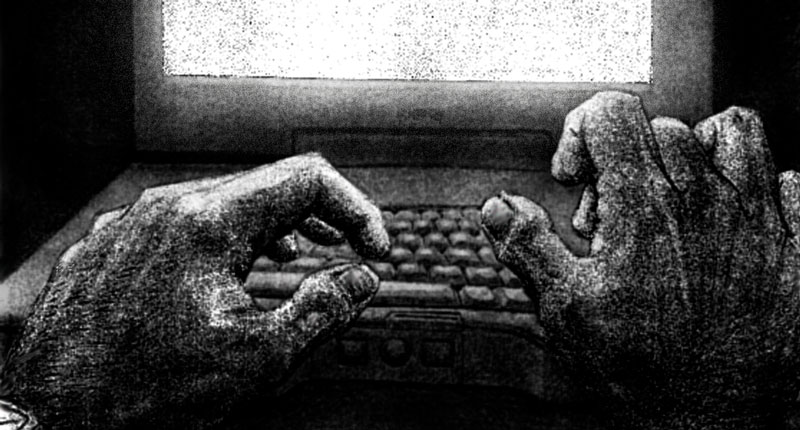 When this old post about ecash resurfaced, it felt like it was so easy to connect the dots that lead to Bitcoin. Let’s remember that the full name of the Bitcoin white paper is “Bitcoin: An Electronic Money System Between Peers”.

I wouldn’t say ecash has to use blinding, but I would argue it would be a misuse of the word “ecash”, if something which was revocable were dubbed ecash.

With that definition it is not technically possible to implement electronic cash at all without tamper resistant hardware, because reliance on a mint, or double spend database means your “cash” can become worthless over night if someone (say a government) decides to switch off a computer (the one holding the double spending database).

There are soem alternatives which would come closer to this definition.

One possibility is to make the double-spending database public. Whenever someone receives a coin they broadcast its value. The DB operates in parallel across a large number of servers so it is intractable to shut it down.

The greater danger is that the mint would be taken over and forced to behave badly, say by issuing too many coins. This would degrade the money and make it worthless.

Another possible form of ecash could be based on Wei Dai’s b-money. This is like hashcash, something which represents a measureable amount of computational work to produce. It therefore can’t be forged. This could be a very robust payment system and is worth pursuing further.

The whole exchange can be read here.

Of course this is only speculation but the it’s undeniable how this message describes key features implemented in blockchains and specifically in Bitcoin. It was posted almost ten years before BTC whitepaper was public, by Nakamoto himself? Most likely we will never know the answer.

At least before we must answer the real question: is Satoshi Nakamoto a single individual or the embodiment of the Cypherpunks Movement?