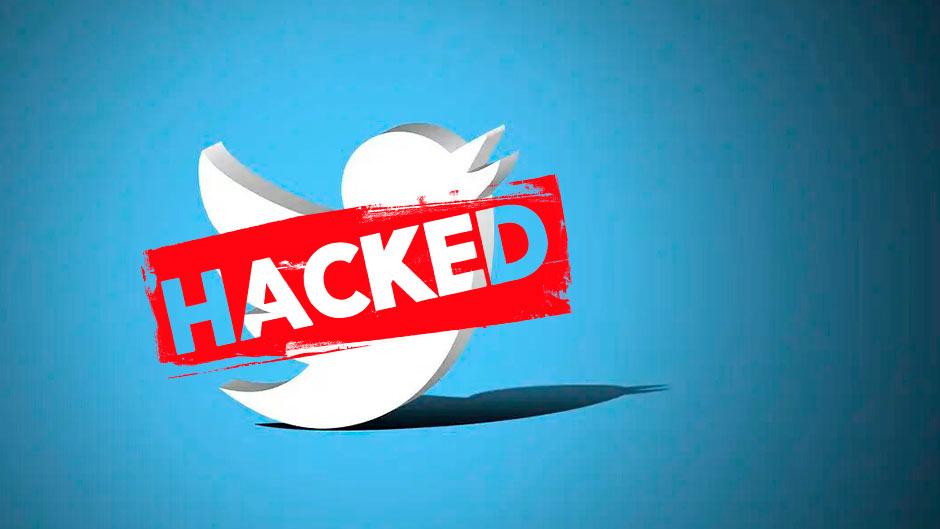 Twitter hacked and Scammers got into the accounts of celebrities and companies  to try to scam their followers with crypto currencies. Their plan was successful.

They hacked into the Twitter accounts of Elon Musk, Bill Gates, Apple, Uber, Kanye Wers, Wiz Khalifa, Jeff Bezos, Joe Biden, Barack Obama and Michael Bloomberg to try to scam their followers with crypto currency, and unfortunately they are succeeding.

In the aforementioned profiles, messages were published that encouraged people to transfer a certain amount into Bitcoin in order to receive a higher amount in return. The posting, of course, included the Bitcoin address as the payment destination. At the time of writing, hackers have obtained more than $114,000, as we can see from Blockchain.

In the case of Elon Musk and Bill Gates, the hackers mentioned that by transferring $1,000 they would give you $2,000 back. However, in Apple, Uber and Jeff Bezos’ publications you could pay any amount and they would “return” you double.

Although everyone involved in the hacking reacted quickly and removed the tweets, many people fell for the scam. The hackers’ management continues to increase their income as the minutes pass. 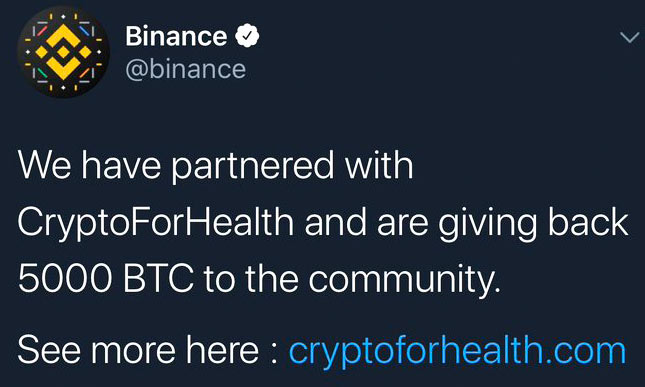 Twitter’s profile @UnderTheBreach has shared a number of captures that make us think the problem is entirely Twitter’s responsibility. Apparently, an employee’s social network account was compromised and it was possible to restore the passwords of those affected. Another option is that there is a rather large security breach on the platform. It would be best to take this information with tweezers until an official statement is made by Twitter.

It is also possible that the attack has had a variation directed towards accounts with less exposure. The Hacker News reports that some services like Gemini, Binance, Coinbase, Coindesk and KuCoin were also hacked with similar scam messages.

Twitter hacked and it looks really bad on their side

The magnitude of this attack that got Twitter hacked also caused Twitter shares to fall 3.62% this Wednesday afternoon. The scam consisted of pretending that characters like Bill Gates would “double” the money that any Twitter user transferred to a bitcoin account that supposedly belonged to them.

For example, Jeff Bezos’ tweet said: “I’ve decided to give back to my community. All money sent to my address will be returned to me at double the amount. I’m only making a maximum of $50,000.000″. The message included a wallet to make the transfer.

Bezos, Gates and Musk are among the 10 richest people in the world and have tens of millions of followers on Twitter.

The hackers’ tweets were posted in coordination with similar messages on multiple accounts. Some executives of the affected companies posted warnings on Twitter not to fall for the scams.

Some of the tweets were quickly removed but there seemed to be a struggle to regain control of the accounts. In the case of Telsa’s billionaire executive, Elon Musk, for example, a tweet requesting the transfer of bitcoins was removed and, some time later, another one appeared.

In addition, the social network authorities wrote the following message on his @TwitterSupport account:

We are aware of a security incident affecting Twitter accounts. We are investigating and taking steps to resolve it. We will inform everyone shortly. You may not be able to tweet or reset your password while we review and address this incident.

Later, the social network reported that most of the affected accounts were already tweeting enabled:

While we continue to work, the functionality may fail. We are working to get things back to normal as soon as possible.

Comments and messages on the social network indicate that thousands of dollars in bitcoins may have been sent to the digital scammers.

¿Was Twitter hacked due to weak security protocols? ¿Who is behind?

Among the politicians attacked, the hacking seemed to be directed mostly at Democrats or people on the left, prompting comparisons with the 2016 campaign. U.S. intelligence agencies established that Russia carried out coordinated efforts to interfere in that year’s U.S. elections through manipulation of social networks and various hacks, such as attacking campaigns and party organizations. 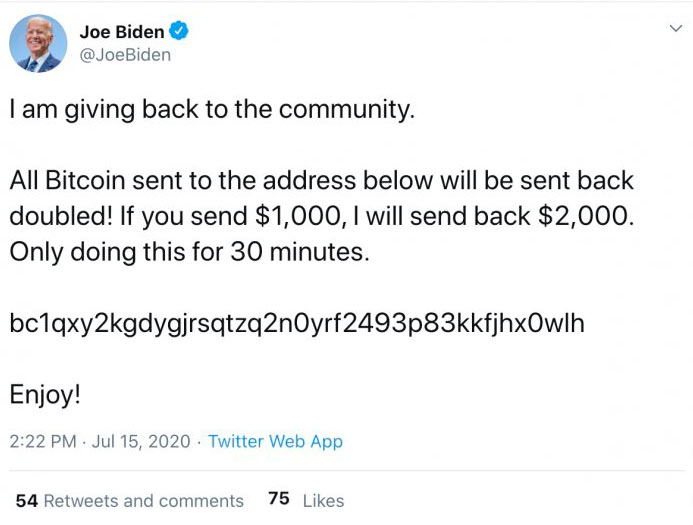 Hacking could also be a simple demonstration of Twitter’s weak security controls as the U.S. heads to the 2020 presidential election, an election in which social networking is likely to play an influential role.

The Bitcoin account mentioned in the fake tweets was apparently created on Wednesday. By the end of the day, it had received nearly 12.9 bitcoins, an amount currently valued at more than $114,000. At some point during the day, almost half of that amount in bitcoins was withdrawn from the account.